From the introduction in 1965 as Japan’s first diver’s watch, the engineers never stopped to innovate. The trust this watch has gained goes beyond the borders of Japan and into the world. Because of that, Seiko facilitated the establishment of the standard for diver’s watches in International Standard Organization (ISO), and Japan Industrial Standards (JIS). As for the ISO, Seiko lobbied the organization to amend the standard to match the actual use of diver’s watches in the deep sea. In 1996, ISO6425 with annex, about diver’s watches for mixed gas diving, was issued. Moreover, Seiko’s relentless challenge and innovation have driven the company to create a model that could truly be called authentic.

Behind Seiko’s diver’s watch that has been chosen by divers world wide, there are qualified engineers who work to developed technology that the world has never seen.

First, through significant innovation, water resistance and impermeability has proven to be the finest in world class. Above all, along with functionality, using specialized material and precise detail in structure, the timepiece is made to perfection. In addition, Seiko’s determination and innovative technology resulted in many patents to preserve the company’s authenticity.

Since then, there are countless products labeled as a diver’s watch around the world but only a negligible number of these timepieces are functional in professional environments.

The start of a tradition

Seiko created Japan’s first diver’s watch in 1965.
This watch inaugurated five decades of innovation that have made Seiko diver’s watches the global standard. Seiko’s first high-beat diver’s watch, created in 1968, is an important part of this tradition.

With a 10-beat high precision automatic caliber, a one-piece structure, a mono-directional rotating bezel and screw-down protection crown, the success of this model laid the foundation for the Seiko diver’s watch development which has now, for 50 years, pushed back the frontiers of precision, durability and ease of use in watches for professional and recreational divers.

Earning credibility through vigorous adventures in the North and South Pole.

From 1966, the timepiece has been brought on 4 missions with the Antarctic Team of the Geospatial Information Authority of Japan. Later on, numerous adventurers and explorers have made achievements such as successfully ascending Everest gearing Seiko’s diver’s watch. After years of proving itself worthy of withstanding extreme environments, Seiko’s diver’s watch has earned its integrity.

Exceeding any expectation of water resistance with the depth of 1062 meters.

In May of 1983, two Professional Diver’s 600 meters were mounted on Shinkai 2000, a research submersible used by JAMSTEC (Japan Agency for Marine-Earth Science and Technology). The watch was originally intended for use up to 600 meters, yet the timepiece withstood water pressure at a depth of 1062 meters. As a result, the watch’s legibility, precision, and exterior remained unscathed, continuing to strengthen its credibility.

For saturation diver’s watches, helium is a constant issue. That is to say, the gas penetrates the glass, and in some cases the difference in external and internal air pressure causes the glass cover to break. While other companies focus on methods to release Helium with an escape valve, Seiko took a different turn and developed a glass case that is practically impermeable to Helium gas. This is the creation of Seiko’s Diver’s Professional 600M. Then, in 1983, JAMSTEC conducted an impermeability test by submersing several diver’s watches under 300M saturation diving. Consequently, Seiko’s Diver’s Professional 600M proved to be up to ten times more impermeable to Helium gas compared to other companies. In short, the true diver’s watch continues to prove itself.

The company was founded in 1881, when Kintarō Hattori opened a watch and jewerly shop called “K. Hattori” (服部時計店 Hattori Tokeiten) in the Ginza area of Tokyo, Japan. Eleven years later, in 1892, he began to produce clocks under the name Seikosha, meaning roughly “House of Exquisite Workmanship”.

The first watches produced under the Seiko brand appeared in 1924. In 1969, Seiko introduced the Astron, the world’s first production quartz watch, it cost the same as a medium-sized car. Seiko later went on to introduce the first quartz chronograph. 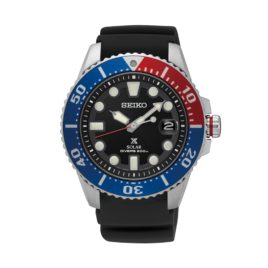 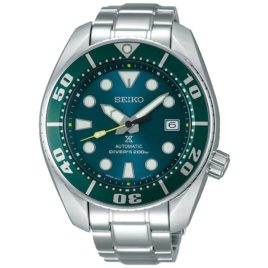