Apart from features and functionality, Velatura watches are real head turners. The build is solid and material top-notch. The whole series is a resounding success for Seiko. The Velatura range from Seiko is designed for marine use. But that just makes it tougher for normal use too. If you’re afraid of getting water inside your expensive timepiece, the Velatura is a good way to relieve those fears.

Seiko Velatura watches are famous for many reasons but the variety of hands’ shapes is one of the most striking. Velatura designers obviously took an artistic approach in regard to the minutes and hours hands: each consists of two diamond-like shapes linked at the center of the watch by the axis. 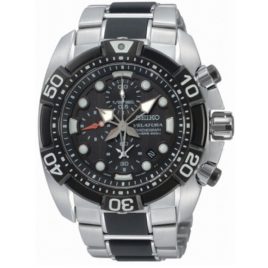